WHS in the Workplace 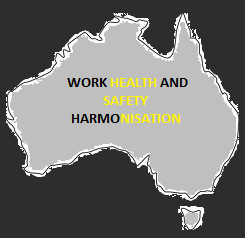 WHS (Work Health and Safety) is Australia’s new Occupational Health and Safety acronym aligning each state and territories work health and safety responsibilities closer than ever before. With most state and territories already governed by the new WHS act, we are seeing a more harmonised system in place that’s easier to understand with laws easier to follow where ever you are in Australia. The harmonisation of the WHS laws is part of the Council of Australian Governments’ National Reform Agenda aimed at reducing the regulatory burden and creating a seamless economy. With Australia coming to grips with having a single harmonised health and safety act and, it is important for all states and territories to understand the differences in the new Laws in place (or coming into) compared to the old Laws of each state and territory. Click the links below to view The WHS Act and Regulation guide and explanatory documents provided by Work Safe Australia.

National Work Health and Safety Act and Regulations, Are you ready?

The WHS Act and WHS Regulations came into effect on 1 January 2012 with New South Wales, Queensland, the Australian Capital Territory, the Commonwealth and the Northern Territory taking them on. The WHS laws passed in Tasmania and South Australia with a commencement date of 1 January 2013.

Since 2008 Australian Governments formally committed to the harmonisation of Work Health and Safety laws in Australia by finalising the Intergovernmental Agreement for Regulatory and Operational Reform in Occupational Health and Safety (IGA).

This email address is being protected from spambots. You need JavaScript enabled to view it.